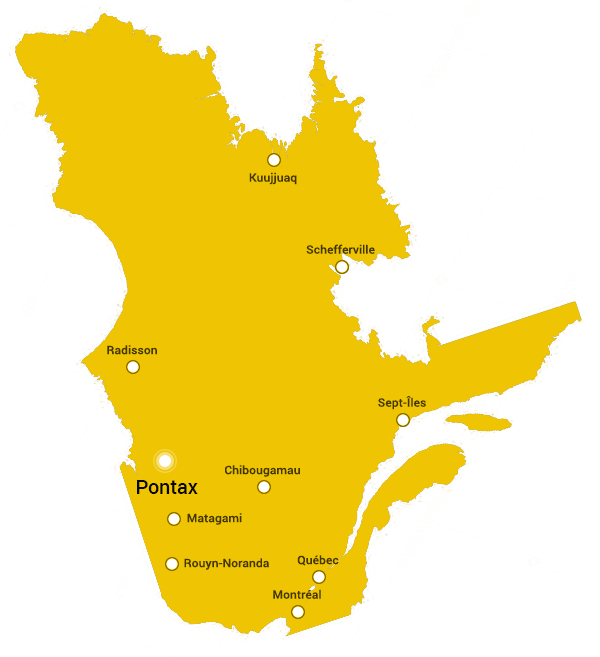 In 2006, Sirios discovered a silver-zinc mineralized zone that assayed several kilograms of silver per tonne at different locations. About fifteen silver and gold potential drilling targets were delineated on the property. A ground access is available through a winter road connecting to the Matagami-Radisson paved road.

These outcrops, 230 meters apart, are themselves located 3.7 km away from the first gold bearing vein described above. All these veins seem to be part of the same structural system associated to a fault trending northwesterly

Discovering gold from prospecting to advanced exploration.
Sirios generates and manages its mining exploration projects by working closely with its partners, fully respecting communities and the environment, as well as utilizing the latest advanced technologies.